LUCTRA® VITAWORK® convinces in the project in black 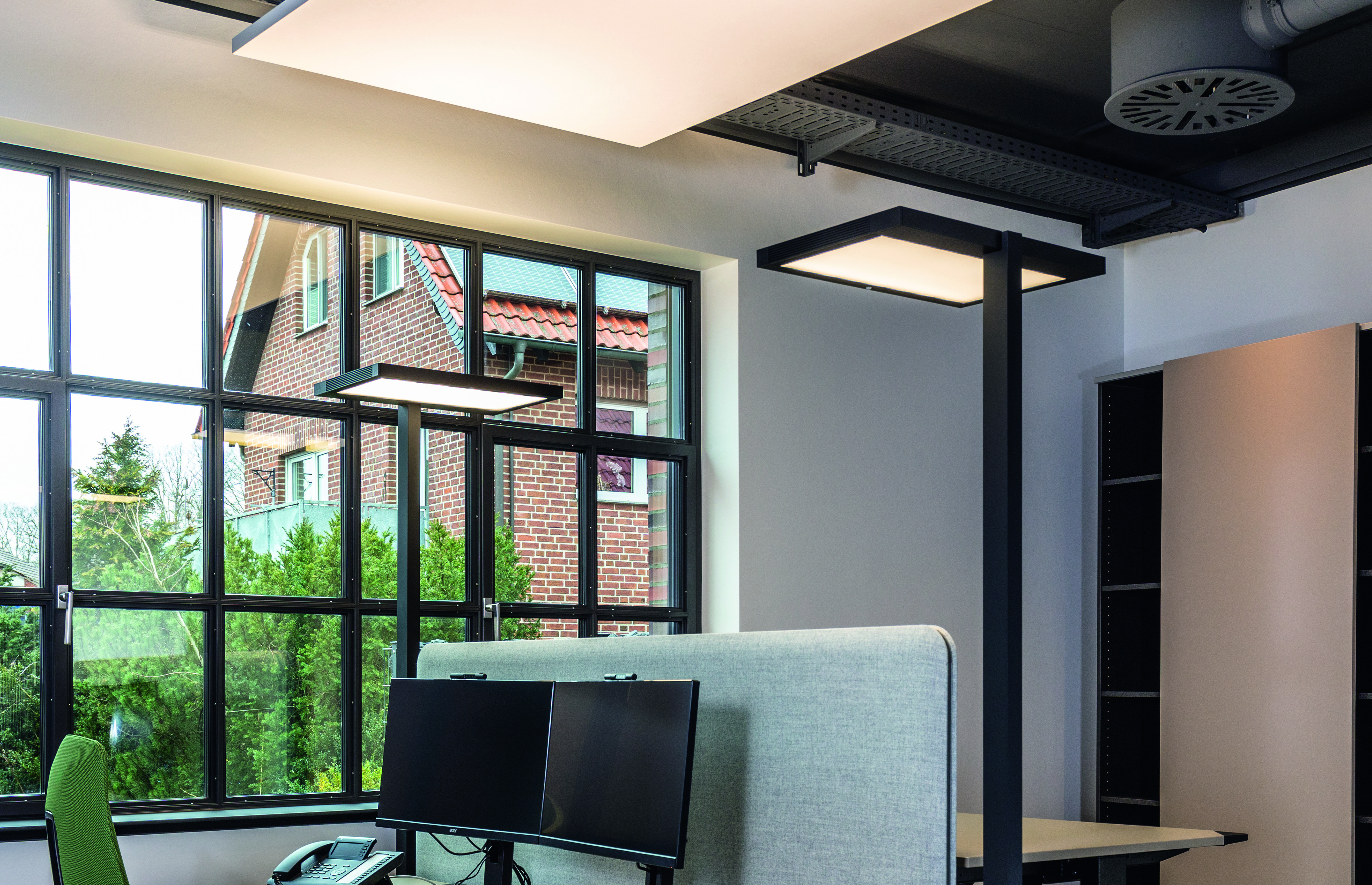 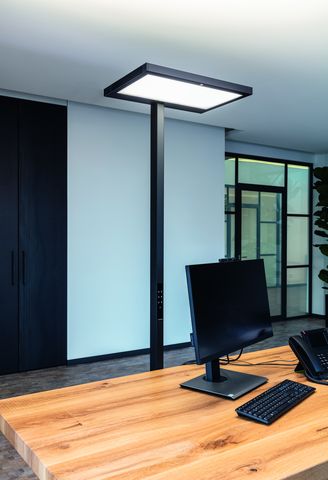 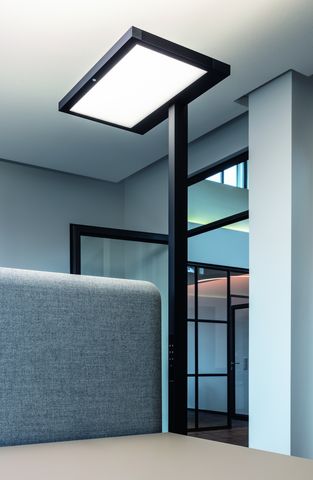 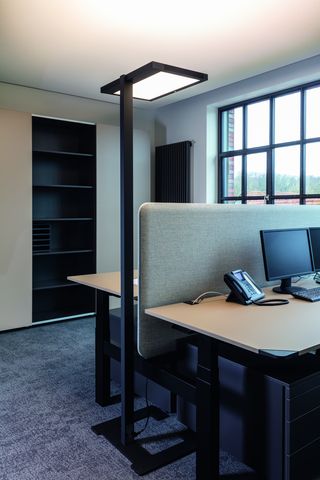 Iserlohn/Dorsten, 22.02.2022: The role of the color "black" has hardly changed in contemporary taste. Whether renovation in existing buildings or new construction - black enjoys great popularity both as an element in the facade and in interior design. There, black furniture and accessories can add elegance and dignity to the ambience.

Beautiful Black in the project
LUCTRA® realized a project in the new administration building of the construction company H. Hütter in Dorsten (North Rhine-Westphalia). The new premises were given the best lighting conditions with LUCTRA® VITAWORK®. In addition to compliance with all DIN regulations (EN 12464-1 as well as ASR 3.4 (Germany)), healthy lighting both at the computer workstations and in the meeting rooms is important to the company. "Our lighting had to be bright, daylight-controlled and glare-free," explains site manager Michael Diekert. "The high ceilings on the second floor posed a major challenge. Visually and functionally, VITAWORK® is the best luminaire compared to the competition. The transverse arrangement of the light panel also convinced us." In addition, the design-award-winning luminaire in black integrates very well into the architecture.

LUCTRA® VITAWORK® lighting solution for projects also available in black
The LUCTRA® VITAWORK® free-standing luminaire is suitable for illuminating the entire office building by means of direct and indirect light. The LEDs installed in the luminaire head provide either asymmetrical or symmetrical light distribution via a light panel, ensuring particularly uniform illumination of the entire work area. In addition, this creates a natural lighting impression and a tidy ceiling appearance.

Abour LUCTRA®:
LUCTRA® is the brand for good working light in the office or at home. For this purpose, the table, floor and mobile lamps included in the range provide light which not only illuminates, but also makes people happy, more efficient and simultaneously less tired. This works, because it transmits the right impulses for every situation. To this end, the professional, biologically effective LED lamp system utilizes the latest scientific findings about the effect of light on human beings. It follows the principle of Human Centric Lighting, for short HCL, by focusing on human beings with their personal lighting needs for healthier and more efficient working and living. LUCTRA® light can almost perfectly simulate natural daylight and thus supports the user’s personal inner clock. LUCTRA® has already received numerous renowned design prizes such as the German Design Award and was brought to market in 2015 by the long-established company DURABLE Hunke & Jochheim GmbH & Co. KG. This company has been dedicated to professional work for almost a century: to its organisation, its processes and its equipment. DURABLE currently employs 700 workers worldwide and has its Head Office in Iserlohn/Germany. All LUCTRA® lamps are assembled manually by the expert staff of the LUCTRA® production plant in Kamen (North Rhine-Westphalia, Germany).